George Herbert in Paris: "Bee Covetous, then, of all good which you see in Frenchmen" 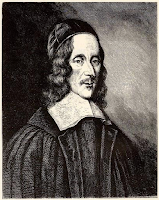 In 1618 George Herbert wrote to his brother Henry, who was in Paris, imploring him to make the best of his time there: "Bee covetous, then, of all good you see in Frenchmen, whether it be in knowledge, or in fashion, or in words; .so shall you play a good marchant by transporting French commodities to your own country."

Meeting in the Latin Quarter, near Saint-Michel and the Panthéon, at the Universities of the Sorbonne Nouvelle (Paris 3) and Paris-Sorbonne (Paris 4), our Paris Conference encourages papers that will examine the knowledge, the ideas, the words, and even the fashions that the Herbert family members looked to import from the Paris region or from France, and beyond that to the Herberts, Europe, religion and the arts.

This list is not intended to limit the scope of papers, but to suggest directions. We hope to be inclusive.

Abstracts in English or in French of no more than 300 words accompanied by a brief CV should be sent to the conference organizers at Herbert in Paris, by July 15, 2016.

Notifications of acceptance: September 15, 2016. Early submissions are welcome!
Anyone may submit an abstract, but only members of the Society may deliver a paper.
Information regarding accommodation and registration will follow in the fall.