An International and Interdisciplinary Conference

This conference will explore the performance and representation of emotion in the work of Shakespeare and his contemporaries. In the last decade, scholars have been increasingly interested in the cultural history of emotions, arguing that they should be regarded as ‘social phenomena’ rather than inward experiences. At the same time, we have seen a resurgence of interest in the ethical and philosophical aspects of literary texts, and a return to thinking about ideas of ‘human nature’.

How did Shakespeare and his contemporaries respond to and/or shape early modern conceptions of emotion? How do early modern plays and poems speak to current debates about emotion, culture, and what it is to be human? Do early modern texts suggest that emotions are bound up with language and culture, or can we make a case for emotions as a transhistorical or even ‘universal’ category?


Supported by The Society for Renaissance Studies

The Global Dimensions of European Knowledge, 1450-1700

An international interdisciplinary conference sponsored by The Leverhulme
Trust, the Society for Renaissance Studies, the Royal Historical Society, the
Journal of Early Modern History and Birkbeck, University of London.

Registration for the Global Dimensions conference is now open. To book your
place, please visit

The approximate start and end times for each day are:
Friday 24 June:
0900 Coffee and registration
0945 Welcome and Keynote lecture
to
1800 Keynote lecture
1900-2100 Drinks reception

A provisional timetable will be mounted on the website in due course. For
further enquiries, or to be added to the mailing-list, please contact the
conference organizer, Dr Surekha Davies, ats.davies@bbk.ac.uk

A day of papers and discussion to be held in Manchester, 23rd June 2011
Proposals are invited for papers to be delivered at the first North West Renaissance Drama Colloquium. The event will bring together researchers and students from all institutions and at all career stages for a day of papers and discussion. A short list of plays being spoken on will be circulated in advance of the event and all delegates will be encouraged to come prepared to share ideas on interpretation and teaching. The venue in Manchester is to be confirmed.
A keynote lecture will be given by Professor Nicholas Royle (Sussex), author of The Uncanny, How to Read Shakespeare, After Derrida and a novel, Quilt.
To express interest in attendance or to propose a 20 minute paper on any aspect of Renaissance or Restoration drama (preferably focussing on a single play), please email a 300 word abstract by 08.04.11 to Naya Tsentourou and James Smith at:
renaissance.drama@manchester.ac.uk

CALL FOR PAPERS: LAUNCH OF NETWORK

The Southern Early Modern and Medieval Postgraduate Network (SPEM) is a new pan-institutional group based in the South of England. It aims to provide a forum for postgraduate students to discuss their research with their peers, to facilitate the exchange of ideas and to provide practical help and advice from established academics. Events will be held featuring a mixture of papers by researchers, workshops and discussions led by established academics and other experts.

To that end, SPEM will be holding a one day conference at the University of Chichester on June 23rd 2011. This event will feature papers by postgraduate students working in the medieval and early modern periods, and presentations on the topics of publication and non-academic careers for the postgraduate researcher. Professor Andrew Hadfield (University of Sussex, editor Renaissance Studies) will discuss the process of publication.

Papers should be 20 minutes long. For further information or to send abstracts (250 max), please email p.quinn@chi.ac.uk or c.a.parsons@sussex.ac.uk by May 31st 2011. 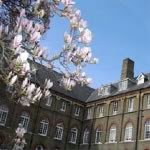 An International Conference
The Power of the Word: Poetry, Theology and Life 17-18 June 2011
Heythrop College, University of London


This conference is organized by Heythrop College and the Institute of
English Studies, University of London.


Religion has always been part of Western literary traditions. Many
canonical literary texts engage extensively with theology and religious
faith and practice, and theological and spiritual writers make liberal
use of literary genres, tropes and strategies. Recent work in philosophy
of religion, theology, the study of religions and literary criticism has
once again brought to the fore issues which arise when literature,
faith, theology and life meet, whether in harmony or in conflict. This
international conference aims to:


 foster a dialogue among scholars in theology, philosophy, spirituality
and literature and between these and creative writers;

 discuss the ‘truth’ of poetry and the ‘truth’ of theology in relation to each other;
 reassess the idea of poetry as a criticism of life;
 discuss the relationship between faith, theology and the creative
imagination through an examination of theoretical issues and the study of specific texts;
 examine the importance of poetry for personal and social identity,
social cohesion and relations between faiths and cultures.


The organisers invite scholars currently working in the subject field to
offer panel papers (30 minutes plus 10 minutes discussion) to address
the following titles and themes. Please email
abstracts of 500 words max. by Friday 14 October 2010 to:
f.knox@heythrop.ac.uk and d.lonsdale@heythrop.ac.uk


Titles and themes of panels:
1. Why poetry matters
 The activity of reading
 ‘Tolle, lege’: reading as transformative
 Poetry and the development of the reader
 The purpose and value of religious poetry
 Is religiously committed literary criticism possible, desirable, necessary?
 Specific writers and texts

Call for Papers: Conversion Narratives in the Early Modern World


The period between 1550 and 1700 was one of widespread religious conversion, prompted by the Protestant and Catholic Reformations, encounters between European states and the Ottoman Empire, and the expansion of global trade and exploration. This conference will investigate the variety of ways in which men and women created stories about conversion. It will ask not only what constituted conversion (whether understood as a change or as an intensification of faith) in this period, but also how narrative shaped people’s expectations of religious change and enabled them to articulate their experience in a variety of ways.


The conference forms part of the Arts and Humanities Research Council funded project ‘Conversion Narratives in Early Modern Europe, 1550-1700’. We welcome submissions that deal with any aspect of this topic, and are particularly keen to receive papers that will help us to develop a global perspective. The project is interdisciplinary in scope, and we invite not only literary and historical, but art historical, anthropological, and other approaches.


Possible questions may include but need not be limited to:
How did the experience of conversion differ according to region, faith, status, age and race?
What genres of narrative were used? How did these interact with the particular circumstances in which people converted?
Did men and women have different understandings and experiences of conversion?
How did conversion narratives circulate? How do manuscript and print accounts differ from each other?
How popular were these texts? How were they appropriated and revised? What was their audience?
How did conversion relate to other border-crossings, including trade, diplomacy, slavery, exploration and colonization?
What role did the material world play in shaping conversion?
How did the experience of conversion relate to ideas about the self?
What methodologies are appropriate to the study of conversion and narrative?


Abstracts of c. 300 words should be submitted to conversionnarratives@york.ac.uk by 1st December 2010. Submissions of panels and individual papers will be equally welcome. For more information about the ‘Conversion Narratives’ project visit www.york.ac.uk/conversion

Annual Lecture of the Sussex Centre for Early Modern Studies.

http://www.bsms.ac.uk/home/maps.php
All welcome
ALAN STEWART
"Francis Bacon in Collaboration"
It has long been known that, early in his career, Francis Bacon wrote
letters, treatises, and entertainments for his friend and patron,
Robert Devereux, earl of Essex.  But if the young Bacon "wrote" Essex,
then might not somebody else have "written" the mature Bacon?  I
analyze the materials relating to the production of Bacon's later
writings--and his treatment of writing in /New Atlantis/--and argue
that we need to reconsider Bacon's oeuvre as a radically collaborative
undertaking.

Alan Stewart is Professor of English and Comparative Literature at
Columbia University, and International Director of the Centre for
Editing Lives and Letters in London. He is the author of /Close
Readers: Humanism and Sodomy in Early Modern England/ (1997), /Hostage
to Fortune: The Troubled Life of Francis Bacon/ (with Lisa Jardine,
1998), /Philip Sidney: A Double Life/ (2000), /The Cradle King: A Life
of James VI and I/ (2003), and most recently, Shakespeare's Letters/
(2008).  He has just completed work on volume 1 of the Oxford Francis
Bacon (containing Bacon's early writings, 1584-1586), and is
co-editing, with Garrett Sullivan, the Blackwell /Encyclopedia of
English Renaissance Literature.