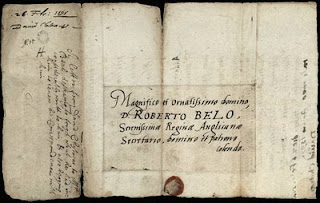 Shakespeare’s Globe Gesture Lab
November 5th-7th 2010 at Shakespeare’s Globe
Advising artists about imitation, Leonardo da Vinci suggested they  “take pleasure in carefully watching those who talk together with gesticulating hands, and get near to listen to what makes them make that particular gesture” (fol. 1).  The Shakespeare’s Globe Gesture Lab will conduct a similar experiment by bringing together theatre practitioners, drama scholars, cognitive theorists and psychologists to investigate the relationship gesture and thought have to performance. What is the relationship between gesture and thought? How do actors incorporate gesture into their performances? How conscious is the actor’s hand? Can we develop a theory of acting or a method of actor training by studying historical gestures?
Over the three days, theatre practitioners will conduct experiments on the Globe stage and academics will give papers on a variety of topics related to these questions and together discuss the dynamic relationship between the hand and mind in performance.
Experiments include: Ben Naylor and Anna Morrissey (The Central School of Speech and Drama) ‘The Bulwer Project’ ; Tom Cornford (University of Warwick) ‘Thinking with Your Hands: Michael Chekhov’s “Language of Gestures”’; Stephen Purcell (Southampton Solent University) and Andy Kesson (University of Kent) ‘“Here, where you are”: Investigating Dramatic and Theatrical Space’
Speakers include: Dr Paul Menzer (Mary Baldwin College, Virginia), Professor David McNeil (University of Chicago), Professor Evelyn Tribble (University of Otago, New Zealand), Dr Terri Bourus (Indiana University), Dr Farah Karim-Cooper (Shakespeare’s Globe), Professor Geoff Beattie (Manchester University)
Registration opens in October. For more information, please contact Dr. Farah Karim-Cooper on farah@shakespearesglobe.com
Farah Karim-Cooper
Head of Research & Courses, Globe Education
020 7902 1439